Colin McGinley Independent Family Funeral Service is a family business run by two families. The business initially started as “Yarm Funeral Service” and in 2014 Colin decided to re brand and open another funeral home in Acklam Middlesbrough. We opened with a small team of 4. Colin McGinley himself, Garry Savage, Garry’s wife Tracy and their daughter Lauren. Since September 2014 we have been lucky enough to become more and more established in the Middlesbrough area and we currently have 11 members of staff including Colin’s two daughters, Helene and Caroline, Garry and Tracy’s daughter Nichola and her husband Jon. We have 3 other members in the team, Andrew, Phil and Peter who although we are not related they are part of our family. We are dedicated in providing a professional personal and caring service and as a family we offer support, guidance and someone you can rely on at a difficult time.

The History of Yarm Funeral Service

Colin McGinley Funeral Service is the only independent, family run Funeral Directors based in Eaglescliffe and Acklam. We are dedicated in providing a professional, personal and caring service to meet the individual wishes of each family. Our Family run business is led by Colin McGinley. In 1980 Colin made one of those life changing decisions that was to shape his future, but he didn’t realise it at the time. Colin was involved in several businesses, one of which was a wedding car hire company, then in 1980, he started hiring vehicles to the funeral trade. Through this contact with the funeral business he began to realise that this was his true vocation. “It may seem a strange move, but I found I had an affinity with the trade and more important with the clients and their needs” said Colin. So, he decided to do something about it. In July 1989 he qualified as a Funeral Director and relinquished his other business interests, so he could concentrate solely on his new venture.

He then needed to find an area for the new Funeral Service to operate in, he chose Yarm and Eaglescliffe. He located his family run business at Bank House, Yarm Road on Yarm Bridge. All was well until Yarm gained in popularity with the night time revellers. Said Colin “As Yarm High Street gained in popularity and was visited by even more revellers, I felt that this did not reflect the quiet discerning atmosphere that my business required”. So, in 2000 Colin sold his building and relocated Yarm Funeral Service to a more appropriate area on Beechwood Road, Eaglescliffe and has been there ever since.

In 2014 Colin decided it was time to expand his business and open another branch so that’s exactly what he did. Colin was born in Middlesbrough and raised his 2 daughters in the Acklam area, so it was only fitting that this would be the perfect area for the new premises. With the premises secured he just needed to find the right people to help run things.

You could say fate brought the whole thing together. After reconnecting with a mutual friend Colin told them about his plans with the new funeral home and mentioned that he was looking for someone to help manage things. This is where Garry Savage was recommended. The mutual friend asked Garry to get in touch with Colin and things started to develop.

Garry has over 25 years’ experience in the Funeral Service and has spent most of his career working for Relph Funeral Service. Garry wanted to go back to working for an independently run funeral home, so he could care more for the family’s needs in a more personal setting. He has built a fantastic reputation with families across Teesside and working together with Colin was an opportunity not to be missed. Colin re branded his former “Yarm Funeral Service” to Colin McGinley Independent Family Funeral Service and the 2 branches evolved from there.

After extensive renovation works Colin McGinley Independent Family Funeral Service had its official open day and dedication ceremony on September 1 st 2014. It was a very proud moment for Colin to witness the dedication ceremony taking place in the new funeral home with his staff who are dedicated in providing a professional, personal and caring service to loved ones and their families at such a difficult time. The future of Colin McGinley Funeral Service is two families coming together to serve the community with a personal and sympathetic approach with both traditional and modern funeral arrangements. Together we established in 2014 and the rest is history! 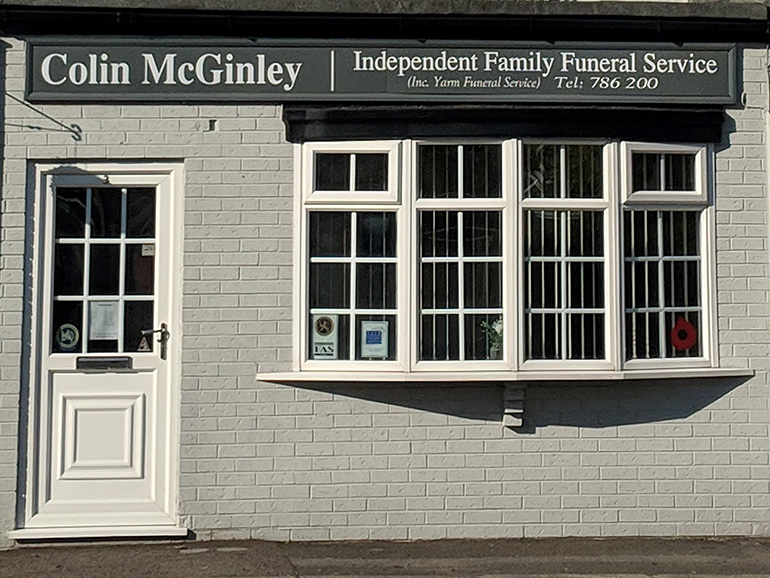 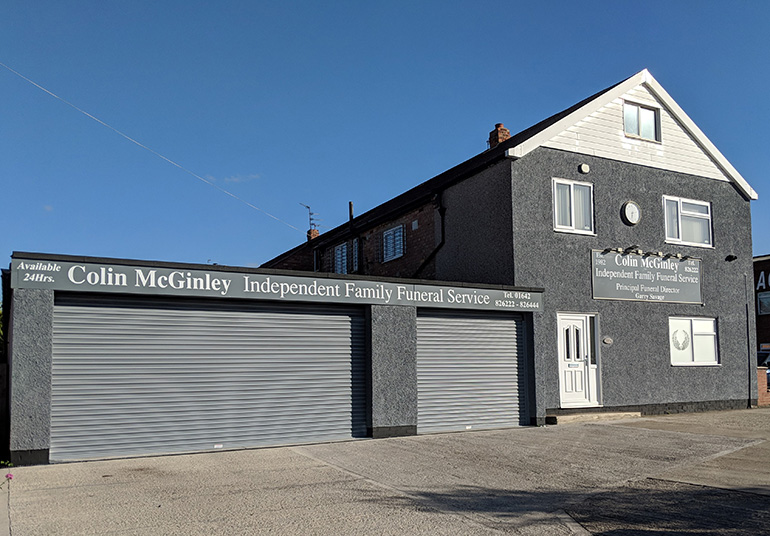 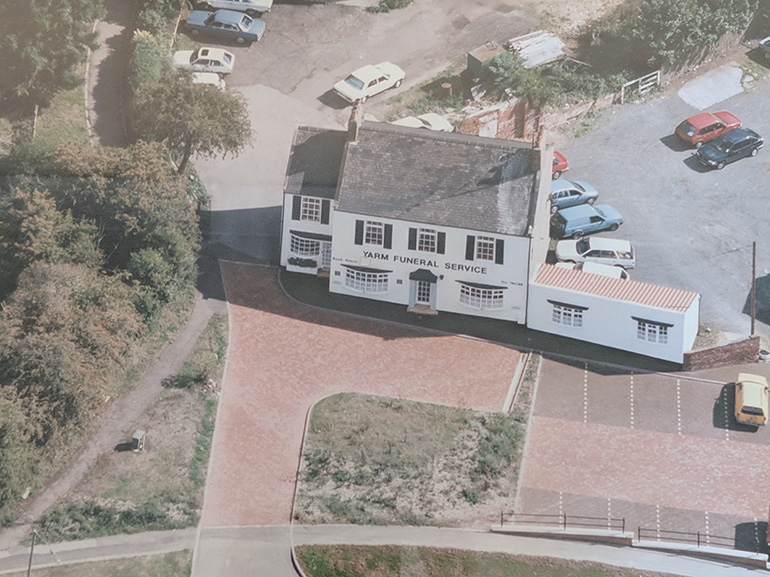 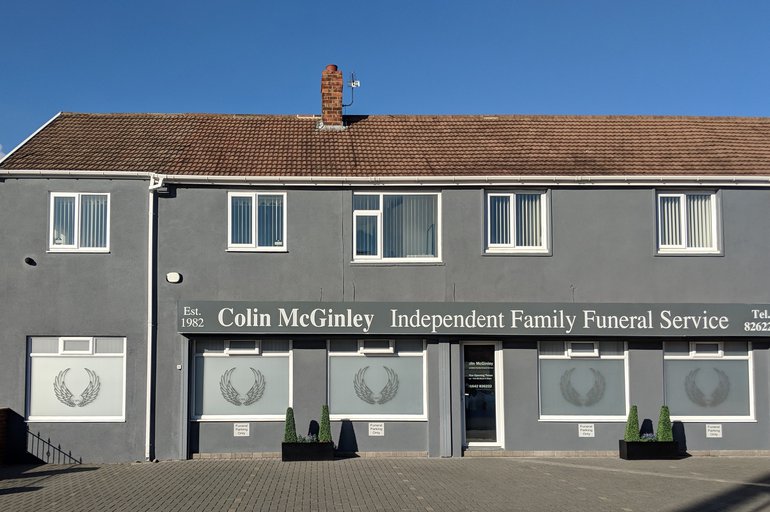